The 8 Most Used Bails in Jewelry Making

The standard bail uses simple tension to keep the bail opening closed. You can push it open and slip a pendant onto it and then let it go. Once you let it go, it will close by itself under the tension of the metal. It’s one of the simplest and easiest bails to use. 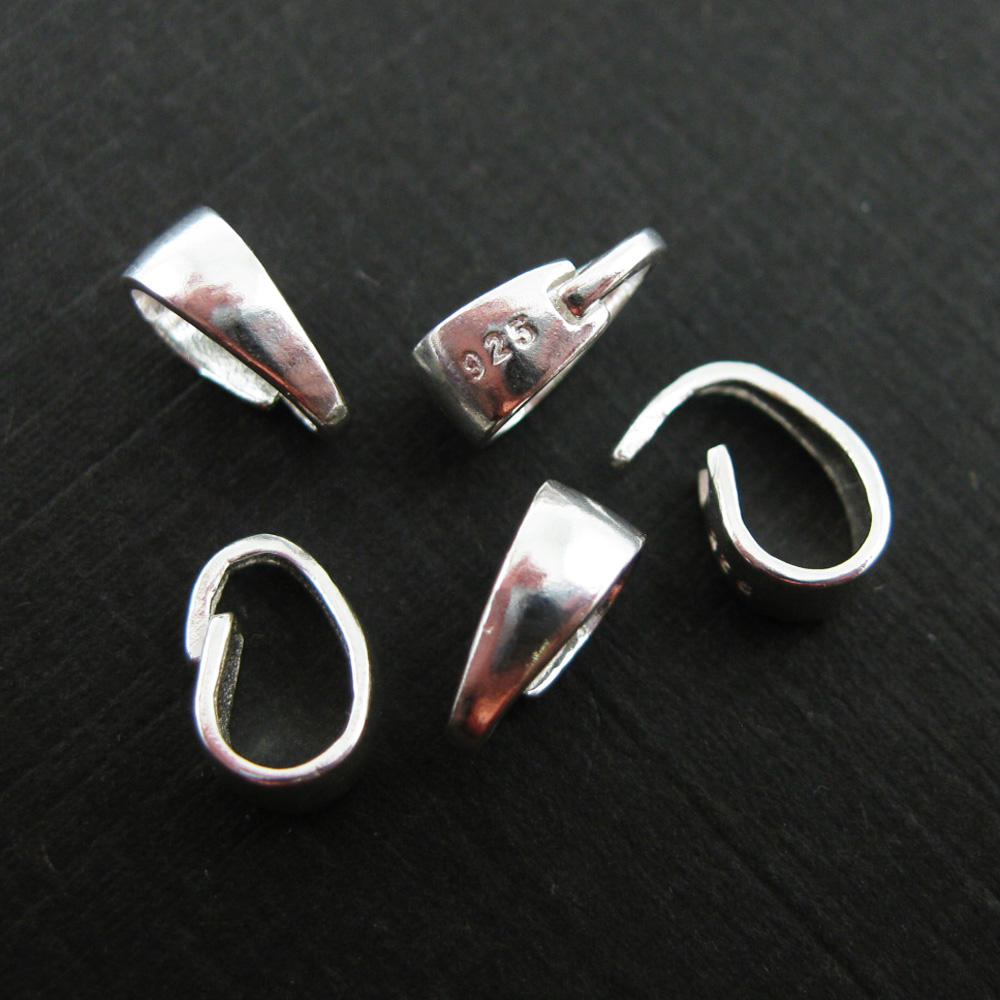 This type of bail has either an open or closed ring or loop on it. The ring or loop is used to attach a charm, pendant, or similar component with a hole onto the bail. Normally the ring is hidden behind a decorative bail front. https://www.azfindings.com/wholesale-sterling-silver-simple-hook-bail-connector-wholesale-findings

A pinch bail has two pegs inside the opening of the bail that are facing each other and “pinch” into each side of a side drilled through-hole gemstone or briolette. When choosing a pinch bail, making sure you read the measurement of the bail carefully. You will need to know how wide the pinch bail can open so it can fit the thickness of your stone. You also need to know the distance from the peg to the top of the inside of the bail, making sure it’s slightly bigger than the distance from the top tip of your stone to the drilled hole so the stone can fit in the bail without any problems. Pinch bails can be attached with a pair of flat-nose pliers or just with your fingers. https://www.azfindings.com/925-sterling-silver-long-teardrop-pinch-bail-connector-16mm-2-pcs

Peg bails have only one peg sticking out at the bottom of them. The peg is either smooth or has ridges like a screw. It is designed to be used for half-drilled pearls or gemstones. The peg will go all the way into the pearl or stone and get glued into place. The screw one is preferred since it has a more secure hold on the stone. When choosing a peg bail, you need to make sure the length and diameter of the peg fit the half-drilled hole of the pearl or stone nicely. Ideally, the stone or pearl can stay on the bail without falling off even without the use of glue. https://www.azfindings.com/gold-plated-925-sterling-silver-peg-bail-cap-with-cz-stones-for-half-drilled-pearls-and-beads-fancy-top 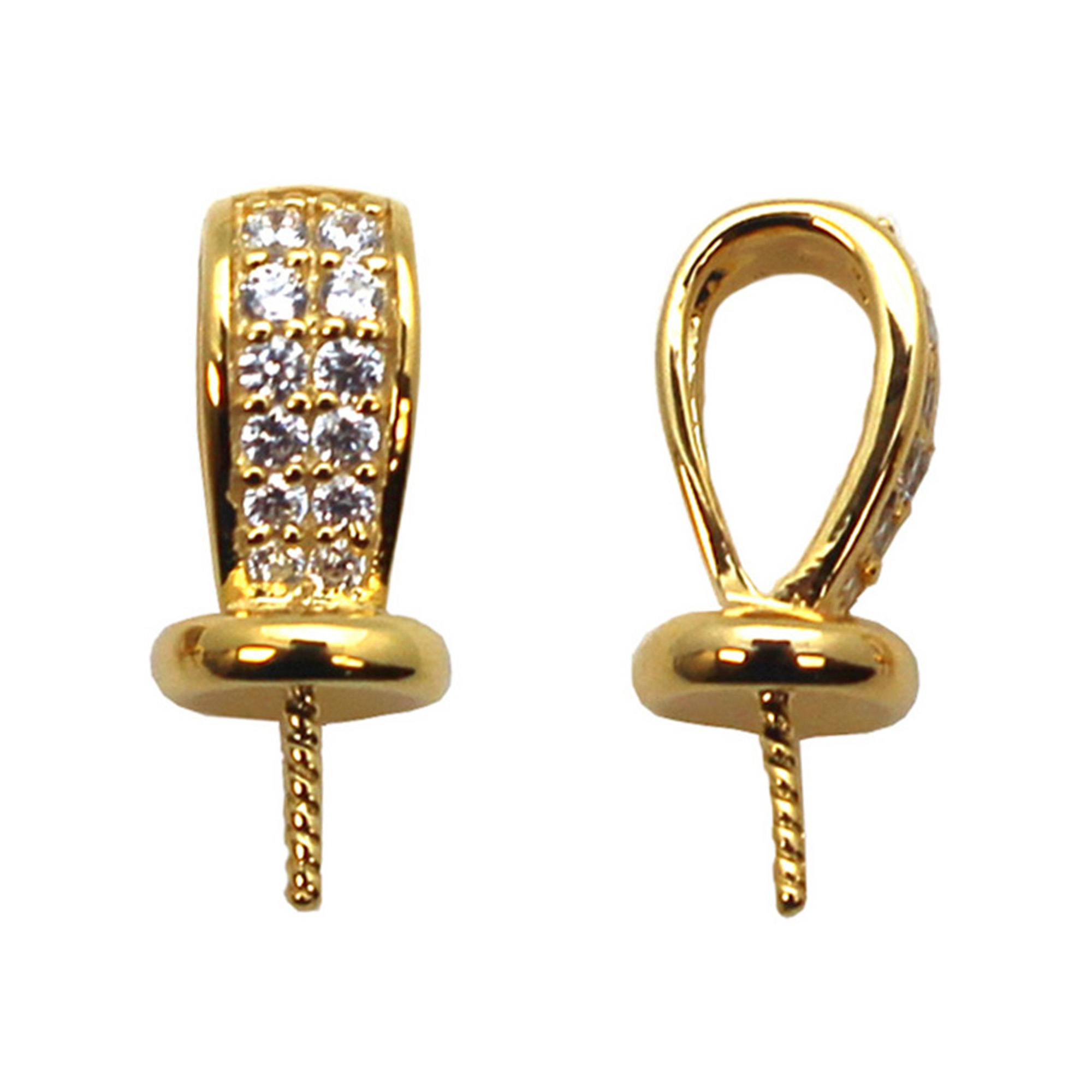 As the name suggests, this type of bail is to be used with glue. Unlike the peg bail, it doesn’t have a peg. Instead, it has a relatively large flat area at the back of the bail to be glued onto the flat surface of a gemstone or cabochon. It’s important to use professional jewelry adhesive and press it firmly to make sure the gem is securely glued to the bail.

The design of the snap-on bail allows you to open and close it without the use of tools, so a pendant can be attached or detached easily from it. As a result, it’s an ideal bail for jewelry pieces with interchangeable pendant designs. Some snap-on bails use hinge and snap/clip designs while others use magnetic clasp like loops to close together. When choosing a snap-on bail, make sure the pendant hole is big enough to fit into the bail loop when it’s open. https://www.azfindings.com/bail-clip-on-bail-925-sterling-silver-snap-on-bail-simple-smooth-classic-bail-connector-pearl-enhancer-12mm 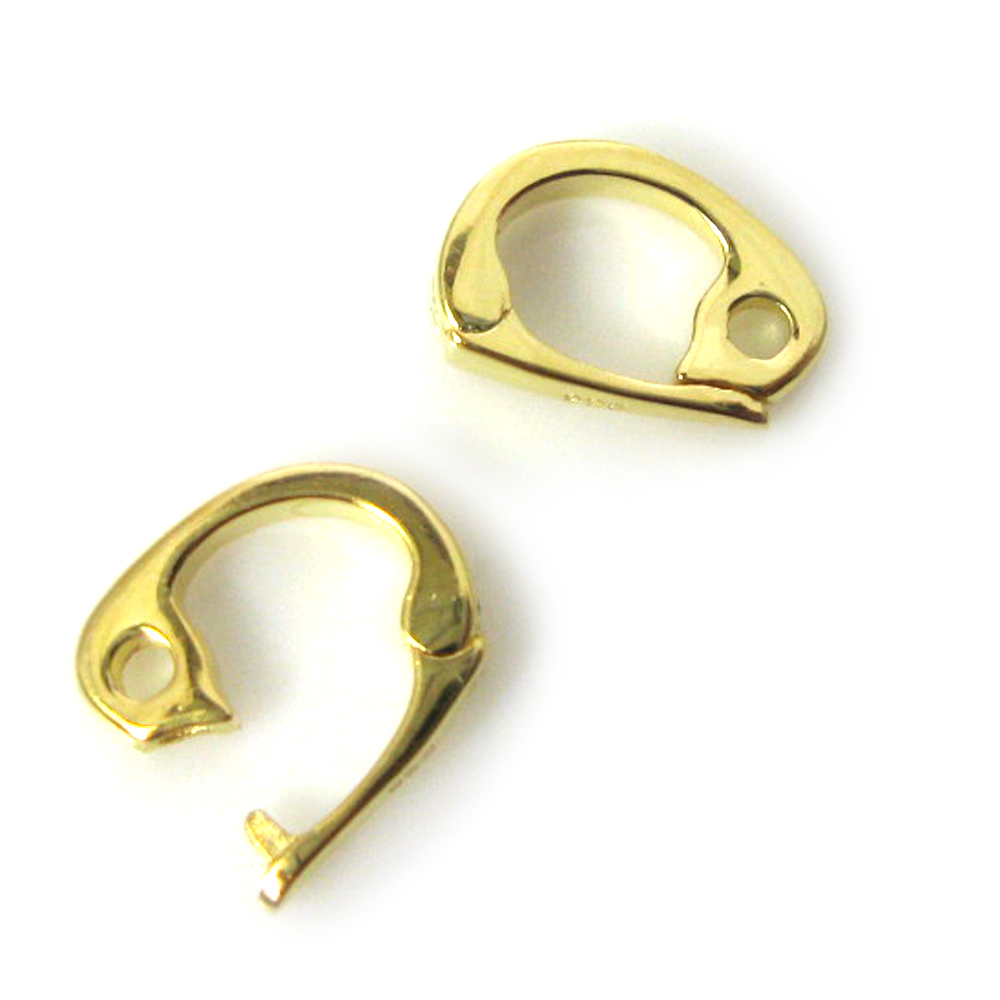 A tube bail has a tube that allows a cord or chunky chain to go through it. Normally it has a loop soldered at the bottom of the tube so a pendant can be attached to it. It’s especially popular in leather cord jewelry design. When choosing a tube bail, make sure the cord or chain fits into the tube nicely. If you don’t want the bail and pendant to move along the cord or chain freely, you will need to pick a cord size that is just slightly smaller so it creates a snug fit.  https://www.azfindings.com/925-sterling-silver-round-ribbon-bail-1-pc

This type of bail is comprised of a long pin with a loop at one end and a screw-on ball ending at the other. You can put several beads onto the shaft of the pin and secure them in place with the screw-on ball. You can then hang it from a chain with the top loop to create a pendant or make a matching set and create earrings by attaching them to ear wires. https://www.azfindings.com/925-sterling-silver-eye-pin-bail-screw-on-ball-tip-pin-20mm-sold-per-5-pieces 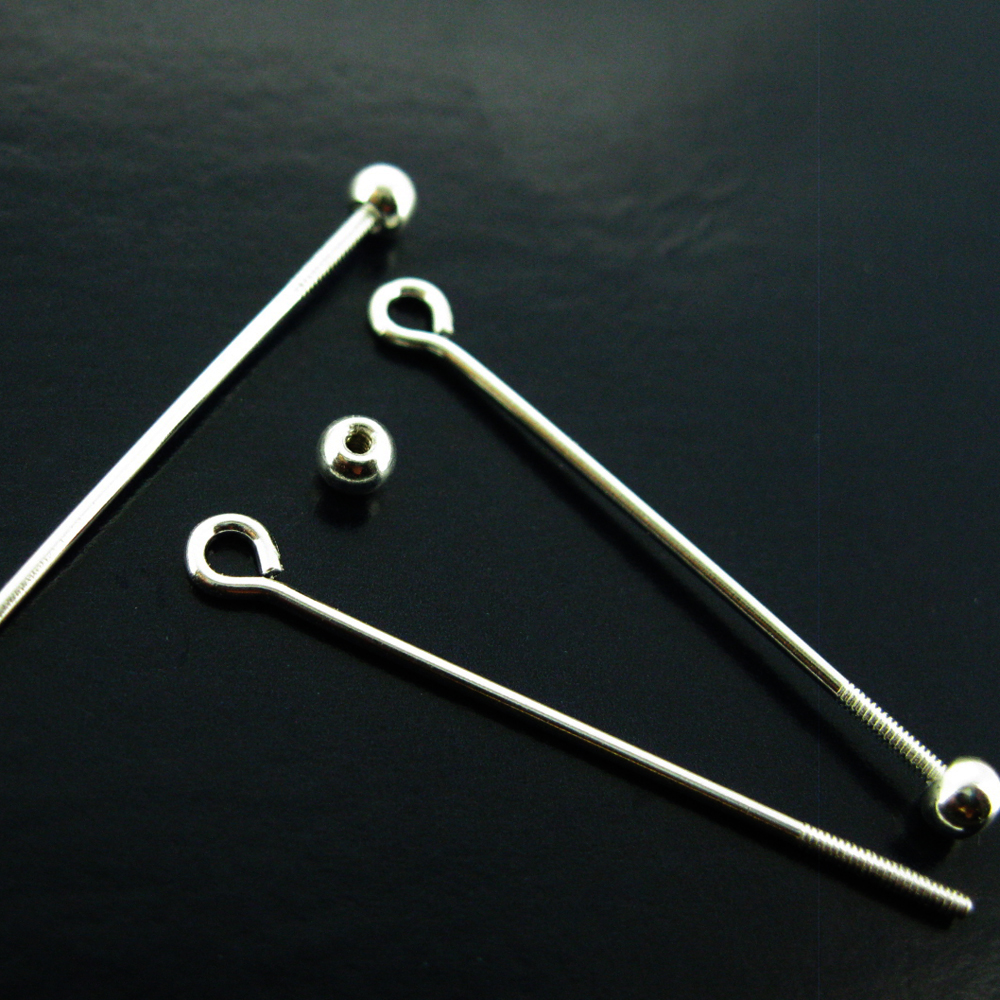 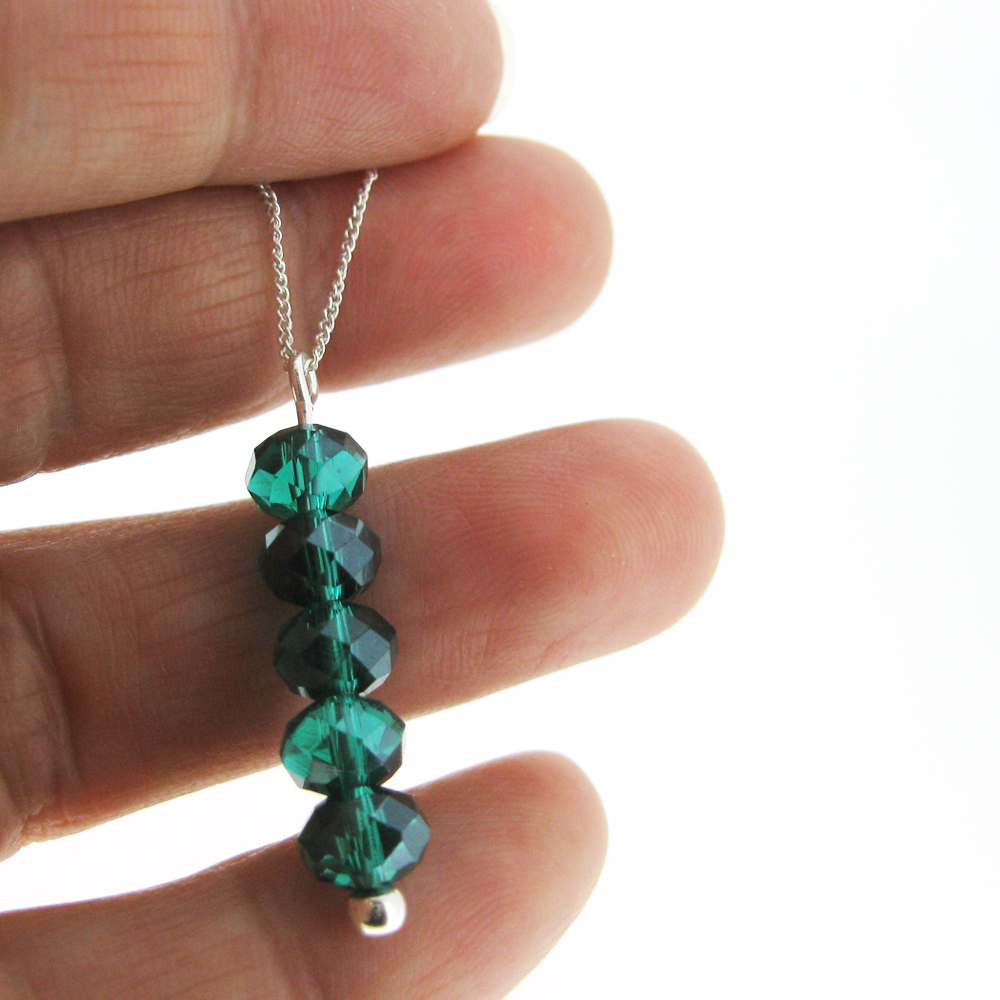